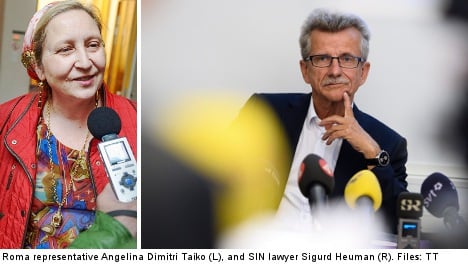 Police in southern Sweden defended their use of Roma registries, claiming on Wednesday that they were put together to “fight a criminal network” rather than to keep tabs on people of a specific ethnicity.

Ethnicity-based registration is against the law in Sweden.

The integration minister met with several representatives of Swedish Roma after the existence of the registries was unearthed. Last week, he commented the unfolding story at a conference on integration.

“Sweden forced abortions on and sterilized Roma until the 1970s, some of that (thinking) lives on,” Erik Ullenhaag told the audience at the conference organized by RIA (Rådet för integration i arbetslivet).

The existence of the first registry was revealed late last month by the Dagens Nyheter newspaper (DN) and police initially denied its existence. They later backtracked, admitted that several such lists had been created and that around 100 officers had access to them, and that around 4,700 people mainly of Roma origin had been included.

The registries were built up in 2011 and 2012 as part of efforts to combat crime in Skåne, southern Sweden, stemming from a family dispute, the police said. On Wednesday, police maintained that there was no ethnic discrimination in the use of the list, rather that it was used as a means to keep track of a growing network.

“This mapping register is all about fighting a criminal network. It is not about ethnicity,” police spokeswoman Monica Nebelius told the paper.

The police and the registry are currently under investigation by the Swedish Commission on Security and Integrity Protection (Säkerhets- och integritetsskyddsnämnden – SIN), which has looked into a random selection of 1,235 of the total of 3,413 people on the list who are not children and who are still alive.

Around half of those listed have criminal records, or are on police lists as suspects in crimes. The crimes committed, however, are often on a much smaller scale than organized crime in southern Sweden. One, according to DN, was as petty as stealing hairspray from an H&M in central Sweden, resulting in the thief, his wife, and their child appearing on a register.

When probed by DN, the police responded that keeping tabs on children could prove necessary and relevant as their “identities can be needed for mapping out individual adults’ identities”.

Hundreds of the children in the registry were aged four and under.