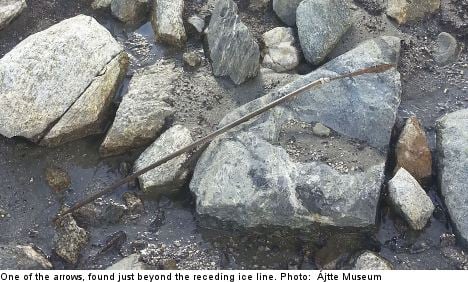 The arrows were found around 1,200 metres above sea level, in two separate locations near the Torneträsk lake in Sweden's far north.

"I was really excited, of course. One of my colleagues found one of the arrows and he was thrilled too. Imagine finding something that no one has seen for 1,000 years," Kjell-Åke Aronsson, head of the Ájtte Museum in Jokkmokk, told The Local.

IN PICTURES: See the arrows close up

The two arrowheads, made of iron, were still attached to the wooden arrow shafts when they were found, making the find even more special.

"The whole shafts of the arrows were preserved – and both were found complete. They had been frozen up in the higher parts of the mountains," Aronsson added.

It's usually only the arrow heads that are found as the shafts decompose over the years, Aronsson explained. These arrows were likely used in the mountains because reindeer climb to great heights during the summers to avoid the heat and mosquitoes of the fields.

The mountainous terrain made for easy pickings for the arrow-wielding hunters.

After expert conservation, the arrows will be displayed next year at the Ájtte Museum in Jokkmokk, which touts itself as the gateway to the Sami centre. 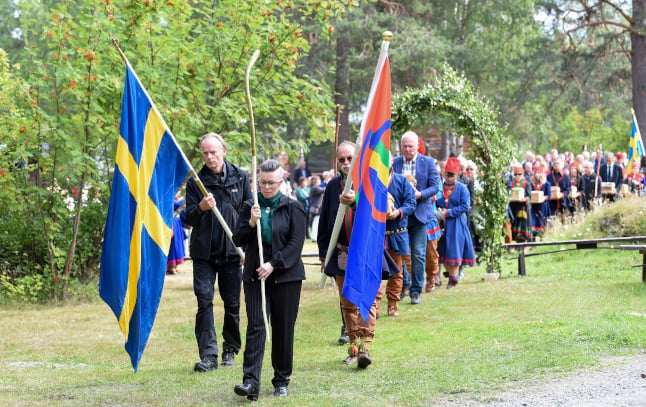