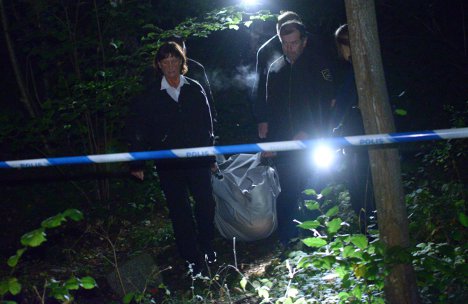 The police found the body of the battered man in a forest area of Stockholm suburb Solna in September. The 32-year-old had also been attacked with a knife. Four people were arrested on suspicion of the attack, while a 16-year-old girl was considered too young to be detained.

Prosecutor Jenny Clemedtson on Thursday announced that two of the men, aged 25 and 26, would face charges of murder and aggravated robbery. The two women will not be charged for the man's death but will go to trial for their involvement in the robbery.  The 29-year-old man will be charged with accessory to aggravate robbery.

The assailants contacted their victim on the Qruiser website, which on its website describes itself as "the largest Nordic Community for homo, bisexual, transgender or queer people and our friends".

There was no mention in the Swedish press whether the gang of five had homophobic motives.

The two female assailants, aged 18 and 16, set up a meeting with their victim via SMS. Once he arrived at Järva krog pub in Solna, he was hit, kicked and stabbed. The attackers stabbed him in both legs, one arm, the hands and the torso. As he fell, mortally wounded, to the ground, the man had his pocket picked of 5,000 kronor ($755).

The gang then left him to die in the woods.

Extensive SMS traffic forms part of the prosecutor's case against the gang. They identify a similar attack just the day before their fatal assault on the 32-year-old. That victim received hits to the face and head, was pulled by his hair, and suffered a barrage of kicks. The 18-year-old woman allegedly threatened to kill him before he surrendered his credit card, the pin number, a commuter rail pass, and a mobile phone.

A third victim lured to the same spot in Solna just a few days before the murder was threatened with a knife, assaulted and robbed. Because the attackers used a knife to threaten him the prosecutor has charged the gang with aggravated robbery.