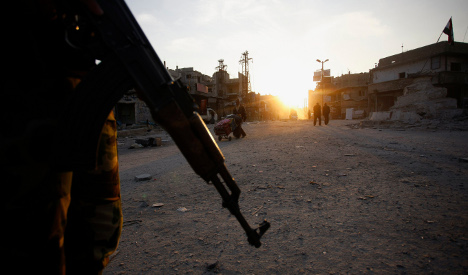 A scene from the Syrian town of Hejeira in late-November. File photo: AP

The two men, reporter Magnus Falkehed and photographer Niclas Hammarström, are in their mid-forties and were abducted while leaving Syria.

Lena Tranberg at the Foreign Ministry (Utrikesdepartementet) confirmed the abduction, and said that local embassy staff members are investigating the case.

She told daily Aftonbladet that the ministry was cautious not to use the word "arrested" as that would indicate the abduction was carried out under "official circumstances".

Details remain sketchy as to why they pair were in Syria.

"I have no information on what they were doing in the country or whether they were working for a newspaper. All we know is that the men have been abducted," Katarina Axelsson at the ministry told Sveriges Radio (SR).

The ministry added that it did not know which Syrian group may be behind the abduction.