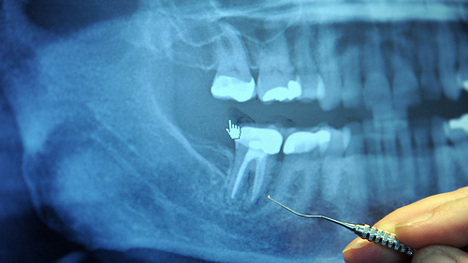 "My whole face was swollen. I just couldn't stand it any more," the 51-year-old told the Dagens Nyheter newspaper (DN).

The man was a prisoner at the minimum security Östragård facility in the municipality of Väners­borg, in south-western Sweden.

The prisoner, who was serving a one-month sentence, had asked for medical care for the pain in his tooth but to no avail, so he decided to take matters into his own hands.

After leaving the grounds, he tracked down the nearest dentist, had his inflamed tooth removed, then reported himself to police who then drove him back to Östragård.

Upon arrival, guards gave him a warning and extended his sentence by a day, reported DN.