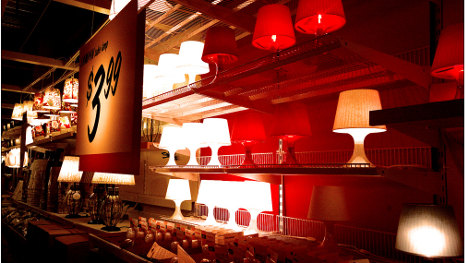 Swedish furniture giant Ikea said on Tuesday it had dropped its target of doubling sales between the 2012-2013 fiscal year and 2020.

"Our goal has so far proved to be too aggressive," Göran Grosskopf, chairman of the Ingka Holding parent company that comprises all of the Ikea businesses, told Swedish financial daily Dagens Industri.

"Sales haven't developed as fast as we thought."

Nevertheless, Ikea said it intended to pursue its growth goal.

"We continue to work according to our ambitious growth strategy," the company said in a statement. "By developing better products at lower prices, improving our existing stores, opening new stores and expanding our e-commerce offer, we plan to double sales by 2020, making Ikea accessible for more people."

Ikea said it would keep its 10 percent average annual growth target to reach 50 billion euros ($68 billion) in 2020 and explained that "there will be natural fluctuations from year to year and the growth will vary between markets".

The company blamed the slowdown on the global economic context.

"The main reason is that the world economy hasn't evolved as strongly as we expected," Grosskopf said. "Especially the development in southern Europe is very far from what we thought."

Last year, Ikea founder Ingvar Kamprad, known for his reluctance to talk to the media, criticized the company's project to open 25 stores per year as being too ambitious.

Kamprad, aged 87 and suffering from health problems, is still listened to in Ikea, even though he has left his various functions within the company.Last June, he announced he intended to leave Switzerland to re-settle in Sweden by the end of 2013 or the beginning of 2014, still a pending plan in early January.

Grosskopf denied that Kamprad's move had been delayed due to the tax shock that could await him in his homeland according to some local media reports.

"Those are hypothetical speculations," he told Dagens Industri. "And his plan is still to move back home in 2014."