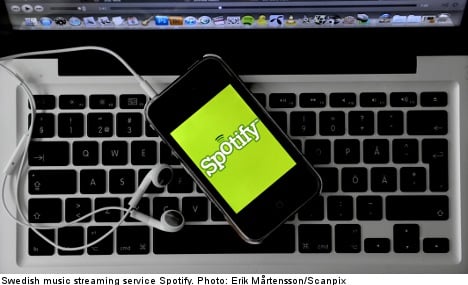 Spotify has long offered the "explicit" label in the US, warning listeners that a song's contents may contain inappropriate language or adult themes. In fact, it was the United States that introduced the explicit warning to songs back in 1985. Now, the same label accompanies songs for Swedish music lovers on Spotify.
Among the critics is Ludwig Werner, the CEO of the Sweden wing of the International Federation of the Phonographic Industry (IFPI), who thinks such labels are simply too vague.
"The explicit label has, as a rule, always been an Anglo-Saxon thing," he told the Dagens Nyheter newspaper (DN). "We've not got into texts in the same way in Sweden, and there is still no way to measure whether a text should be classified as explicit or not."
"Should racist texts be labelled as explicit, but not profanity?" he wondered.
Swedish television rarely censors profanity on television and radio stations often play original and "uncut" version of songs with profanity-laced texts. But the new explicit label on Spotify sees whole albums red flagged, with DN pointing out that every song on the Guns 'N' Roses album Appetite For Destruction is labelled as explicit, even though hits such as Sweet Child O' Mine are as clean as a whistle.
Pia Kalischer, the former head of Sveriges Radio's music department, said that listeners complained when the station played the "cleaned" versions, and added that she thought there were worse problems then children overhearing explicit lyrics.
"As young people listen to so much music, there is always a fear from an adult perspective that the music will cause them harm." she told DN.
"But at the same time, there is a whole lot of pornography just a click away on the internet, so it's hardly the music that's going to do the damage."
DON'T MISS: The best (and worst) of Swedish music in 2013