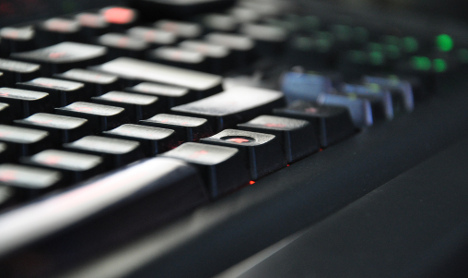 File photo: GhostNr1/Flickr
Bo Bergman lives a quiet life in Simlångsdalen, far from the hassles of computers, telephones, and most of all, the internet. Indeed, his distaste for the online world is so fervent that he wrote to his local newspaper, Hallands-Posten, in a piece entitled "Shut Down The Internet".
And, perhaps ironically, it went viral.
"My proposal: Shut down the internet! You can't, it's gone on for too long, you'll all surely answer. No!" he wrote."Return the internet to the military department (…) before everything crumbles. Destroy it while it's there."
Johan Hammerby, in charge of the letters to the editor at the paper, said the piece has had over 30,000 views since it was published on Thursday, more than every story of last year except the paper's live coverage of storms Sven and Simone.
"It's been shared on Facebook and retweeted so much," he told The Local. "Readers seem to think he's just a funny old man who doesn't know what he's talking about. They point out that he doesn't have any good argument, but they love the way he writes."
He added that many readers have pointed out that an example in the final paragraph is just one digit away from being funny enough to become a meme.
There, Bergman argued that humans are constructed for analogue. "If someone says the time is 13:47, what does that tell you? Nothing, it's hard to understand. But look at an analogue clock and you'll understand straight away!," the letter read.
"If he'd written 13:37, it could have been a meme," Hammerby laughed, referring to the alternate internet alphabet known as Leet, commonly written 1337.
The 73-year-old, who wrote and published a guide to knife-making in 1999, admitted that he doesn't own a computer himself in a follow-up report by the paper, and added that he almost found the large response a bit scary. But he stuck to his guns, and stated that "like a worm in an apple, the internet eats us from within and takes over".
Meanwhile, editor Johan Hammerby at Hallands-Posten is enjoying the irony of the letter's success.
"The funniest thing is that he's an internet celebrity and he doesn't even know it."