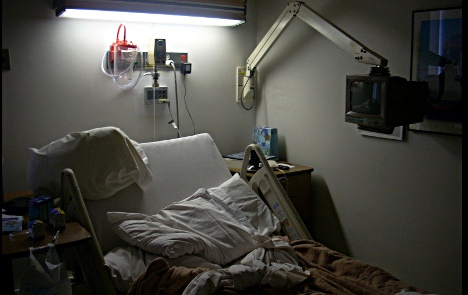 In September, a patient tried to strangle a carer. Recently, another patient stabbed a staff member with a fork. All while one of their colleagues has gone through repeated operations after a patient crushed their ankle.

On Wednesday, the Dagens Nyheter (DN) newspaper reported on the concern among psychiatric care workers at Danderyd. They cited their fear that violent incidents would increase after hospital management decided to shutter the high-risk Piva wing.

"We're already understaffed. This will endanger safety and lead to more violence, not just against staff but between patients," Piva nurse Rebecca Stiernspetz told DN after staff found out at Christmas that ten beds designated for the most ill psychiatric patients would be withdrawn. Those patients would instead be referred to the normal risk-level ward.

"Now the most sick patients will mix with depressed people on the non-specialized psychiatry wards, where there is already too little staff and a lot of patients" Stiernspetz warned. "The calm patients won't get any care, because there won't be time."

The head of psychiatric services who took the decision to close down Piva, Maria Starrsjö, declined the opportunity to comment when contacted by the paper.

"This is lunacy and revolves around money," a staff member who did not give her name told the paper. "Nobody would ever have the notion that an intensive medical unit wasn't needed."