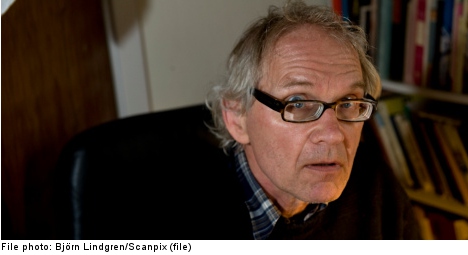 Police were called around 3.30pm with reports that a suspicious object had been found in the yard of the artist's home.

"We can't rule out that it's something dangerous and that's why we've called the bomb experts to the scene," Skåne County police spokesman Nils Norling told the local Helsingborg Dagbladet (HD) newspaper.

No one was home at the time, police said. However a large area around the property was cordoned off as a precaution.

Police refused to divulge what sort of object had been found or who had called in the report.

Later, police called off the operation after it was discovered that the suspicious object was a voltage metre left behind by an electrician.

Vilks has faced numerous death threats and a suspected assassination plot since his drawing of the Muslim prophet with the body of a dog was first published by Swedish regional daily Nerikes Allehanda in 2007.