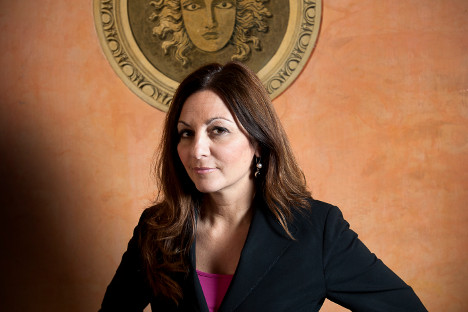 Elisabeth Massi Fritz, who represents the younger of the two women, took to the debate pages of the Svenska Dagbladet (SvD) newspaper this week to condemn the recent flurry of debate about whether Sweden's  Prosecutor-General should drop the Assange investigation.

She was particularly incensed that Swedish public television broadcaster SVT hosted a debate on the topic, with Swedish politicians commenting on the case which is now into its fourth year.

"Why have courts when we can hold votes in daily newspapers and televised debates?" Massi Fritz wrote in an op-ed on Wednesday under the headline "Why should an exception be made for Assange?"

While most Swedish media traditionally shy away from naming suspects and accusers, Assange's name became  public soon after the allegations were made. While mainstream media has refrained from publishing the names of the two women who have accused Assange of sexual molestation and rape, their names and addresses have nevertheless popped up on an array of blogs and websites.

"Should a plaintiff in a sex crime case have to be subjected to years of threat, slander, and harassment," Massi Fritz asked. "Should a normal woman be forced to become a public figure, without the right to anonymity, because a famous man is suspected of having assaulted her?"

She added that her client was not "out for revenge" for the incidents that took place in 2010.

"It is a scandal that women's rights in Sweden in the year 2014 are still seen by many as a parenthesis, a restraint, in this 'hero's' important work," Massi Fritz wrote.

To escape extradition from the UK to Sweden, which Assange fears will result  in him being handed over to the US, the Australian citizen now lives in the London embassy of Ecuador, which has granted him political asylum. Part of the renewed debate in Sweden is whether the Swedish prosecutors could question Assange in London, rather than have the suspect travel to Sweden to give his version of events. Massi Fritz opposes such a move.

"We are all equal before the law, it is a foundation of our society, of our justice system, and a prerequisite for equal treatment," she wrote. "The only thing that is keeping Assange shut up in that embassy is himself."

She further pointed out that Assange's evasion was racking up enormous bills for the British police, who by law are required to follow through on his extradition to Sweden through the European Arrest Warrant (EAW) system. She also accused Ecuador of acting in breach of the Vienna Convention.

When the Latin American country granted the Australian citizen asylum in 2012, its president said that the Swedish accusations against Assange wouldn't be considered a crime in "90 to 95 percent of the planet”, a statement which drew much criticism worldwide.

"It is a scandal that so many people do now know what constitutes rape and ridicule the descriptions of events and heap blame on the two plaintiffs," Massi Fritz wrote in SvD.