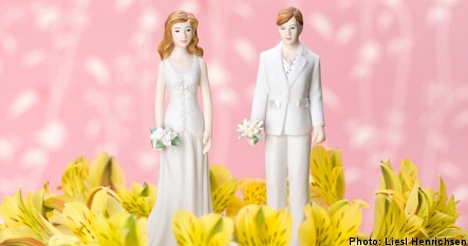 News emerged in October that Russia had put a stop to letting Russian children be adopted to Sweden and to any other countries that afford homosexual couples equal marriage rights.
While Sweden wants to start negotiations with the Russians on the matter, Russian social workers have refused to take part in discussions, explained Göran Holmström, an advisor to Minister of Children and the Elderly Maria Larsson.
“The discussion hasn’t even begun, and it’s not Sweden’s fault,” he told the TT news agency on Friday.
Of the 13 children in Russian orphanages who had already met with Swedish parents, only one has come to Sweden, with several of the others being sent to Russian families instead.
October marked a troubling month for Russia in the Swedish press, with Russian politician Vitaly Milonov calling homosexuals “perverts” in an interview with Sveriges Television, arguing that children would be better off staying in Russian orphanages.
“The perverts? No, it is unacceptable. Homosexuals are ‘perverts’ and should absolutely not be allowed to adopt children,” he said. “Children who grow up in that kind of environment are destroyed psychologically.”
The question of adoption arose just months after Russian President Vladimir Putin signed into law a bill banning “propaganda of non-traditional sexual relations to minors”.
The law has had gay rights activists up in arms ahead of the winter Olympics in Sochi, with several of Sweden’s athletes taking part in “silent protests” at the World Athletic Championships in Moscow, including painting their nails rainbow.
IN PICTURES: Swedish athletes’ rainbow-painted nails