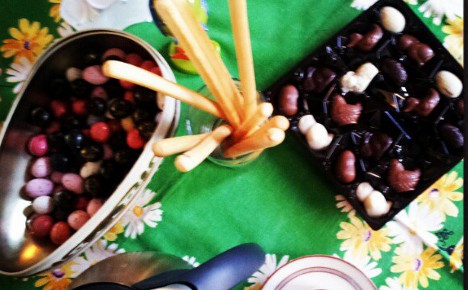 The woman, referred to as Sandra by the Metro newspaper, admitted to making small purchases like juice, Red Bull, and candy, all on the back of micro loans on her mobile phone-.

"It's a lot of that kind of stuff, but I went out a lot a bought food and drinks too. There were a lot of other costs that added up to a larger sum," she told the paper.

Swedish authorities have followed the surge in SMS loans closely, as the Enforcement Agency, which oversees debt repayment troubles, reported a 62-percent rise in unpaid quick-access loans in 2012 compare to 2011.

At the time, the justice, financial markets, and consumer affairs minister took to the debate pages of Dagens Nyheter  to express their concern that young people were getting into debt, and underlined how easy it was to borrow money with new technology.

"Going into too much debt is a societal problem, where quick loans are just the tip of the iceberg," Beatrice Ask, Peter Norman, and Birgitta Ohlsson wrote.

The new case of the candy-guzzling borrower Sandra will feature on Thursday night's Lyxfällan television programme, where experts help Swedes with financial difficulties balance their household income and expenditure.