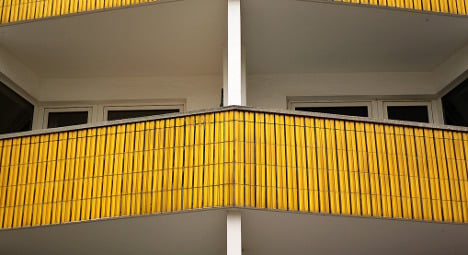 A balcony (unrelated). File photo: Loop_Oh/Flickr
The collapse occured at a two-storey rowhouse in Hässelby, northwest of the capital city centre, on Friday around lunch time.
"They were cleaning on the balcony when the brackets gave way," Eva Nilsson of the Stockholm police told the TT news agency.
"I don't know anything about the extent of the injuries," she added.
Police and emergency services rushed to the scene. The Aftonbladet newspaper reported that both injured people were women.