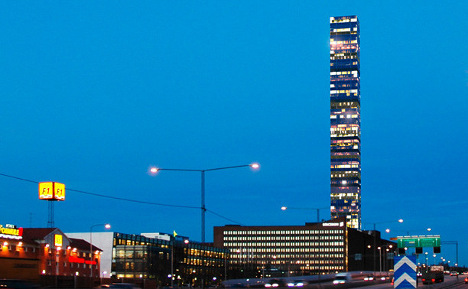 A drawing of the Tellus Tower at night. Illustration: SSM
While originally planned to be 225 metres tall, Stockholm's newest skyscraper the Tellus Tower will now stretch 237 metres above the ground. Seventy-five storeys will offer 700 homes, designed to house one or two people in apartment. The second-to-last floor will house a restaurant open to the public, while residents will have access to a swimming pool on the top floor.
The building's glass facade will change colour to look "like a packet of candy," head architect Gert Wingårdh said in a video released on YouTube on Thursday (below).
IN PICTURES: See more from the new plans
The earmark building will become a signature feature in the neighbourhood of Telefonplan, a stone's throw south-west of central Stockholm, and an area that the construction company compared to New York's Meatpacking District. The area houses the Konstfack arts, design and craft university and is home to many students.
The tallest apartment block in Sweden is currently Malmö's Turning Torso at 190 metres and 54 storeys, so named because the building has a 90-degree twist from the first to the 54th floor.
The Torso is the highest residential building in Europe after the 264‑metre Triumph Palace in Moscow, and the 212‑metre Sky Tower in Wrocław, Poland.
See more images from the plans, and hear architect Gert Wingårdh explain more (in Swedish): 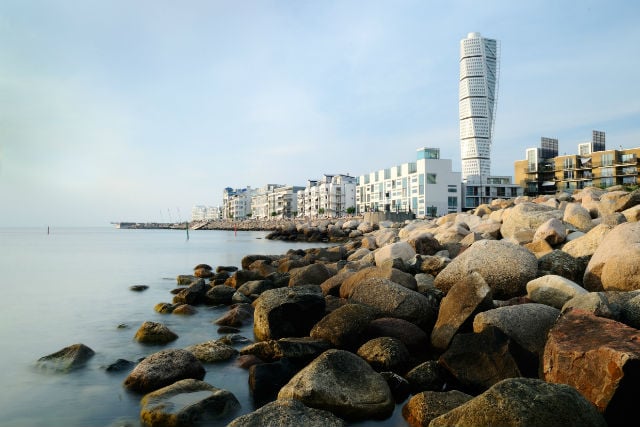 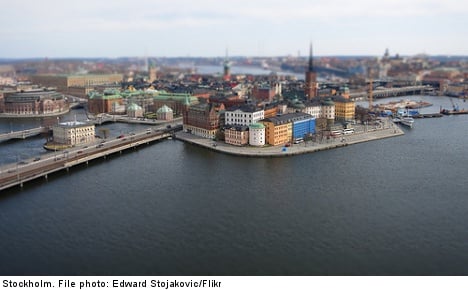