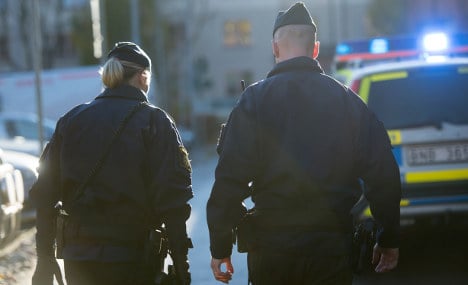 Photo: TT
The man, 23, was in a car in Rissne, in the Stockholm suburb of Sundbyberg. He was shot just after midnight and was rushed to the Karolinska hospital. Another man in the car with him at the time was also shot.
The 23-year-old sustained "life-threatening injuries," Jens Mårtensson of the Stockholm police told the Dagens Nyheter newspaper, and remains in a critical condition.
The man is said to have no connection to the suburb in which he was shot and neither of the men is previously known by police.
"We have started knocking on doors in the area and we've launched a forensic investigation," Jakob Påhlman of the Stockholm police told DN.
The second man has been questioned by police. Officers still have no suspects.