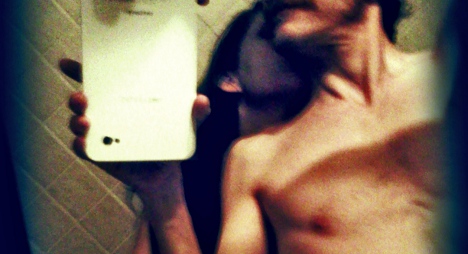 An unrelated picture of an intimate moment. Photo: Agostino Zamboni/Flickr

The local Smålandsposten newspaper reported on Thursday that Växjö District Court has sentenced a 31-year-old man to eight months in prison for aggravated slander. The man will also have to pay 144,000 kronor ($22,000) in damages to his former partner.

He was also convicted of assault, perverting the course of justice, and of having harassed his ex-girlfriend.

Smålandsposten reported that his victim had to seek counselling for the stress caused by the video, which was re-uploaded time and again. It was viewed by as many as 3,000 people, the court ruling stated, and while the woman again and again managed to have the intimate video removed, her ex-boyfriend simply republished it.

The ruling also found that the man had made sure that her name was attached to the video, which in turn lead to many friend requests on the social media site Facebook, as well as propositions that his victim described as lewd.

Swedish psychologists have said the behaviour was a way to express power, as well as to deal with negative feelings. The trend is also common among the younger generation.

"The times that I've encountered this, it's been about disappointment, revenge, and jealousy from the boy's side,"  Olof Risberg, psychologist at the boys' mental health clinic Pojkmottagningen in Stockholm, told the Aftonbladet newspaper earlier this year.

"But it's also about power. There is power in exacting revenge."