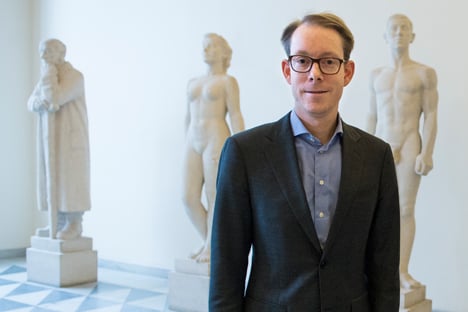 "We have a situation where member states like Sweden, France and Germany are doing more and more of the job," he told AFP, commenting on new EU asylum figures. The three countries account for more than half of all applications, according to the EU statistics.

"It's not sustainable to have a situation where there are so few of the 28 member states who are making a huge effort and some are simply sitting by the ringside."

The EU received almost 435,000 applications in 2013, up nearly a third from the previous year, largely due to the conflict in Syria. Germany accounted for half of the increase, while Sweden received more than any country per head of population at 54,000. Sweden also received the largest number of applications from Syria, partly due to a decision in September 2013 to grant automatic residency to all

"We need to show solidarity with countries neighbouring Syria, where they've had a huge (refugee) increase. There needs to be a common European resettlement system… to relieve the burden," he said, adding that the European Commission should ensure that countries are living up to their asylum obligations.

"If all the 28 member states took as many (UN) quota refugees as Sweden does… the EU could offer 100,000 places annually to the UN Refugee Agency," said Billström, repeating an earlier Swedish demand for a common European resettlement system.

"That would be a real asset to relieve countries like Lebanon and Jordan… who, if we don't do something about it, may collapse, which would create even larger secondary waves over the EU."