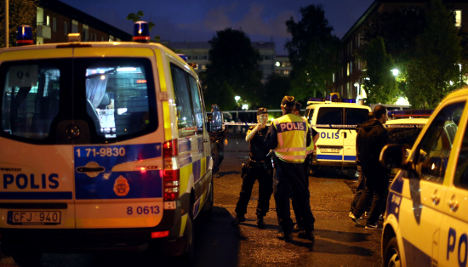 Gothenburg police at the scene of a recent shooting. File. Björn Larsson Rosvall/TT

Sveriges Radio (SR) reported on Monday that eight people have been shot so far this year in the greater Gothenburg metropolitan area. The police have not been able to bring anyone to justice for the attacks.

Local police remained hopeful that their gang-focused Operation Trygg (Safe) would have a positive effect in the longer term.

"I still think it makes some difference that we confiscated these weapons, after all," county police head Sven Alhbin told SR. "Because we can then prosecute people and get them off the street for a while."

His officers have seized between 40 and 50 firearms since the new year, reaching an approximate total of 90 since Operation Trygg launched in September.