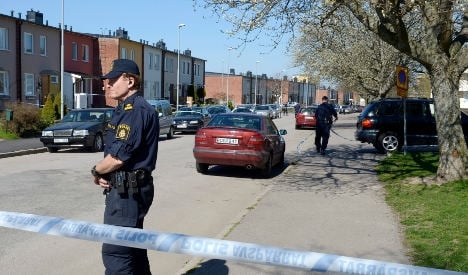 Gabriel Chamoun, chairman of the Saint Mary congregation in Ektorp, said that the Monday night flare-up had bewildered him.

"We're raised to turn the other cheek, to follow the bible and to forgive," he told local newspaper Norrköpings Tidningar on Thursday.

The Syrian-Orthodox bishop from Stockholm was set to visit the congregation on Thursday evening.

"I'm sure he'll try to calm them and ask them to not think of revenge if they're having those kinds of thoughts," Chamoun said.

"It was a real mess. Many people were hit in one way or another. The police who were there said it was extremely messy, some of them said it was the worst they had seen," Fredrik Kliman of the Östergötland County police told the TT news agency on Tuesday.