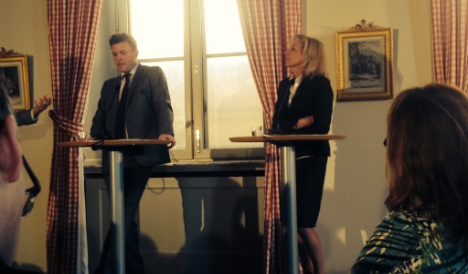 The Local: You have spoken about the risk of 'regulatory chill' as a result of the TTIP talks, can you explain what you mean?

Mikael Karlsson: There are proposals to create a regulatory negotiations council, in which the US and EU will talk about forthcoming regulatory initiatives. Since there are huge differences in environmental policy across the Atlantic this could of course have a chill effect on the development of new environmental policies.

Sweden is meeting two of 16 objectives set by the Swedish parliament. So this work needs to speed up and we need more regulatory tools.

This applies to the EU as a whole. But developing (new) environmental laws that would need to pass through the US administration – or (gain) formal acceptance from the US congress  – would have a devastating chill effect on the development of environmental policy in the EU.

TL: Does Sweden have anything to learn from the US with regards to the environment and environmental standards?

MK: After a decade with decreased ambitions in the US under the Reagan administration and onwards…  the EU is the clear leader globally in terms of environmental policy. The differences are so large I would imagine it would very be difficult to agree on them in the TTIP agreement.

TL: During your presentation you cited a figure of 0.48 percent GDP growth as a best case scenario for the benefits to Swedish GDP growth. Is that worth the risk?

MK: I question if it is worth doing. I guess there are some regulatory differences that can be harmonized, but in major areas like agriculture, the climate and chemicals policy I question if it's possible to come far in terms of harmonization today.

If we would reach a kind of equilibrium level between the EU and US that would clearly decrease the standards in the EU.