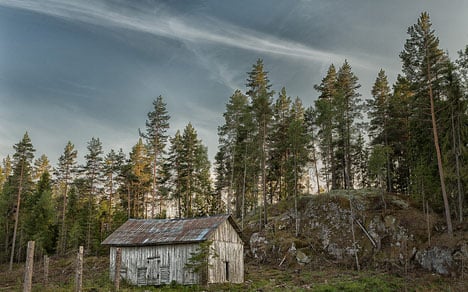 On Thursday afternoon, police in the western county of Värmland received a missing person report. As evening temperatures started creeping towards freezing, officers had little information to go on apart from a mobile mast that had picked up the 37-year-old woman's mobile phone signal.

But she had then wandered further into the forest east of Lesjöfors and had lost all mobile coverage. Luckily for her, before she walked out of the mast's coverage area and lost all contact with the outside world, she had posted a picture of the forest to her Facebook page.

It allowed the police to narrow their search. They eventually found the woman stuck up to her waist in a bog.

"She was exhausted, wet and cold, and she could not get out by herself," police duty officer Morgan Connedal told the Aftonbladet newspaper.

"This was a rare incident. It's very lucky that we could find her because a person recognized the area."