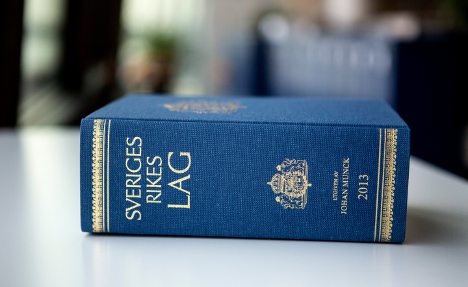 An appeals court has cleared the man of all charges relating to more than two hundred rapes. The case marks the longest amount of time a person has spent in jail before a successful appeal.

"It's such a relief that it's finally been resolved. I can feel the tears coming," the 66-year-old said. He could now sue the state for damages.

In 2002 Västmanland District Court found the man guilty based on his daughter's claim that he had started raping her when she was nine years old. The abuse continued for seven years, she said. The daughter also told the court that her father had burned her with cigarettes and slashed her with a razor. An appeals court upheld the verdict in 2003.

Four years later, the daughter made new claims against other alleged attackers. The police did not find her testimony about the sadistic rapes credible, however, which led to the case against her father being revisited. In May 2013, the Supreme Court (Högsta domstolen) granted the 66-year-old the right to appeal. Prosecutor Zilla Hirsch looked at the case and argued that the verdict should be revised.

The man had already been released on parole in 2013, having served two thirds of his 14-year sentence, but has now been cleared of all charges.

His friends have also questioned the severity of his incarceration.

"He spent six years in prison before he was granted a four-hour leave," a close friend told the TT news agency. "After seven years he got 24-hour leave. It was horrible."

The appeal court decision to quash the verdict was controversial since the Prosecutor-General (Riksåklagaren) argued against the man's right to appeal, saying the daughter's later claims should not be considered as evidence that the accusations against her father were untrustworthy.

The daughter's lawyer on Friday said her client was upset that her credibility had been questioned.

"She thinks it's extremely difficult, of course," Robin Söder told TT. "She's been subjected to quite terrible things."