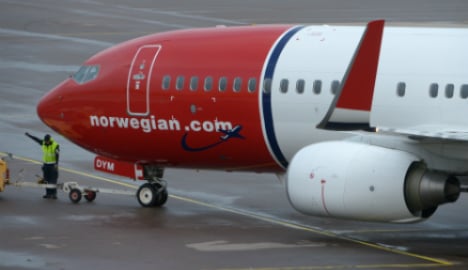 "A passenger said that he had placed a bomb in the cargo area," police said in a statement, adding that the pilot has reported that a "suspicious object" could be onboard.

The Oslo-bound Boeing 737 from Copenhagen was carrying 94 people.

"Passengers have left the plane and the man who had warned of the bomb is under control by the police," Norwegian Air spokesman Lasse Sandaker-Nielsen told AFP, adding that the aircraft was being inspected.

A Norwegian TV2 reporter who was on the plane said the suspect tried to escape.

"He tried to run from the police, he tried to flee," he told TV2.