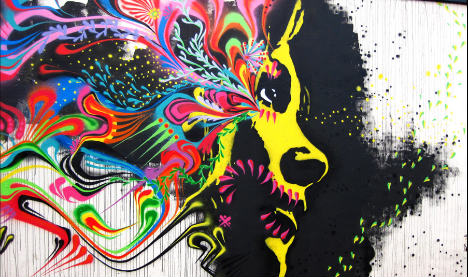 The work by Stinkfish was featured on the wall of electricity company Eon's power station near Möllevången in Malmö.

"It is embarrassing and regrettable," Mattieas Hennius at the firm told the local Sydsvenskan daily.

The newspaper reported that the artwork took several days to complete and was one of many created during the recent Artscape street art festival in the southern Swedish city.

One of the festival arrangers, Tor Hedendahl, meanwhile praised the firm for the support they had shown the project.

"Eon have been great in this project, supported and done a good job… This is regrettable, but I guess this is what can happen in bigger projects," he said.

Stinkfish has been informed of the fact that his two-day toil had been eradicated by the sweep of a cleaner's brush.

There are reported to be plans to compensate the artist in some way, perhaps by commissioning him to complete further works of art; a plan which Eon is reported to support.

Artscape kicked off on May 12th and over the following three weeks, Stinkfish and his colleagues from all over the world hosted seminars and created works of art across the city.

Stinkfish's Möllevången mural was one of several permanent or semi-permanent murals in the city's neighbourhoods.