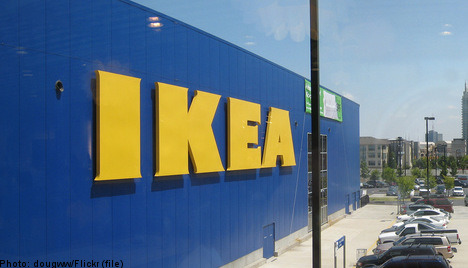 The one-year-old child had been left inside a car in the Valbo shopping centre near Gävle, eastern Sweden. It was alone for an estimated forty minutes, reported the Arbetarbladet newspaper.
Passersby noticed the infant in the car and alerted employees at a nearby Ikea, who sent a message over the loudspeaker – but to no avail. They then contacted police and an ambulance.
Eventually, an Ikea security guard broke through the window, and medics who arrived soon after gave the baby liquids.
The mother, who showed up shortly after the window was broken, is now suspected of reckless endangerment (framkallande av fara för annan), and social services have been contacted.