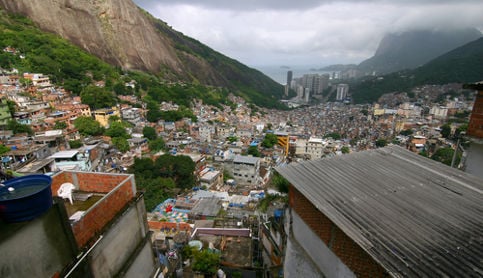 Slums in Rio de Janeiro. Photo: Shutterstock
Brazilian police said Monday they were investigating after a Swedish-Iranian man who ran a hostel in a Rio slum was found dead.
A police spokesperson told the AFP news agency that the circumstances of the Swedish-Iranian man's death are under investigation.
The spokesman said authorities were looking for witnesses following the death of the man, 34, adding police were awaiting the results of initial inquiries.
The body of the Swede was found late Saturday.
Police were sifting through closed circuit television footage of the hostel to determine if anybody saw the victim attacked.
"We have seized several items, including money which would appear to exclude the possibility of death following a burglary or an operation by an organized group," the G1 website quoted police commissioner Rivaldo Barbosa as saying.
The website reported that police were working on the assumption that a drug dealing in the hostel was in some way involved.
The deceased man had been living in Brazil since April this year. The area, which enjoys spectacular coastline views, was once a haven for drug trafficking and gang violence.
But it has increasingly become a tourist haunt after police moved in to "pacify" the area in 2011 as part of a wider operation begun in 2008 to crack down on crime in Rio.