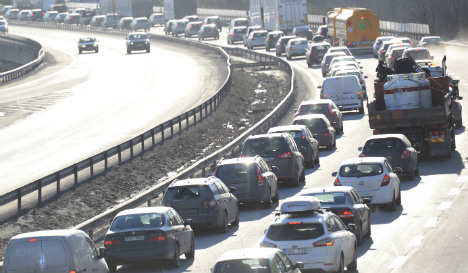 A total of six cars and 12 people were involved in the accident on the main road link between Stockholm and Oslo.

Three people were rushed to hospital, one of whom was a woman who is reported to have sustained serious injuries, according to the local VLT.se news site.

Her condition is described as stable.

The initial collision is reported to have occurred at around 2pm and the ensuing queues led to a further three collisions, on both sides of the road.

Clearing the road of vehicle debris took a total of two hours before the traffic could begin moving again.

Police had at 5pm on Sunday no further details as to what or which vehicle may have caused the crash.