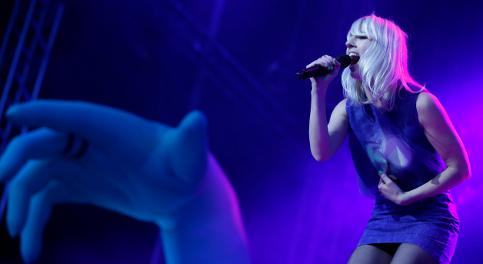 The man is accused of having raped a 17-year-old girl right in the middle of the concert crowd on June 28th, while Swedish pop star Veronica Maggio was on stage at Bråvalla. The girl claimed he grabbed her throat to hold her in place.

Dense crowds made it difficult for the girl to escape, the prosecutor has concluded, meeting the definition of a particularly vulnerable situation in accordance with Swedish law.

The case is based on testimony from the girl, several witnesses, and security guards at the festival.

Upon hearing of the incident, singer Veronica Maggio reached out to the girl on her Facebook page.

"It's terrible that something like this can happen. I am thinking of the poor girl and hope that she gets all the help and support she needs."

The man, who has been in custody since the incident, has denied the charges. The trial will begin on Thursday in the Norrköping district court.