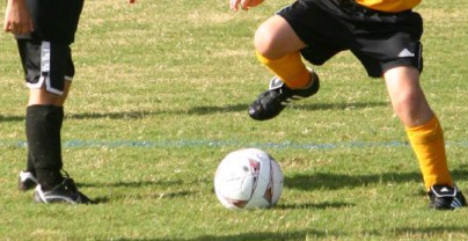 File photo: Suziq3c/Flickr
According to  a report in the Helsingborgs Dagblad (HD), this was not the first time players have been wrongfully categorized as the opposite gender, but the issue had never before reached such proportions.
"We are used to my daughter and one of the other girls in the team being wrongfully accused of being boys because they wear their hair short," one of the mothers told HD.
"But this crossed all lines, it was completely absurd."
The man in charge of the combined team of Glumslöv's FF and Lund's BK, Stefan Kullander, thought the events were scandalous.
"It's 2014 but apparently the basic principles (of good behaviour) in North Eastern Skåne don't functioned properly," he told HD.
"During the tournament a number of coaches approached us and asked if two of our girls were boys. I explained that they look boyish but are in fact girls."
He added that despite the reassurances regarding the players' gender, the opposing team refused to let go of the matter, continuing their protests through to the award ceremony.
"One of the coaches approached the podium, stood one metre in front of the two girls and took pictures with his phone," Kullander said.
Kullander, together with the other coach of the combined team, Henrik Frijs, handed in a written complaint, demanding Åhus IF receive due punishment for what had happened.
The chairman of Åhus IF, Håkan Lahti, explained that they have yet to confront the coaches in question.
"If these accusations are true there is no doubt about what needs to be done," Lahti said.
"The coaches will then be facing suspension and have to personally apologize to the girls."
One of the mothers, who wishes to remains anonymous, said that she was happy that the case is being investigated.
"The girls may be tough but in the end it will affect them," she told HD.