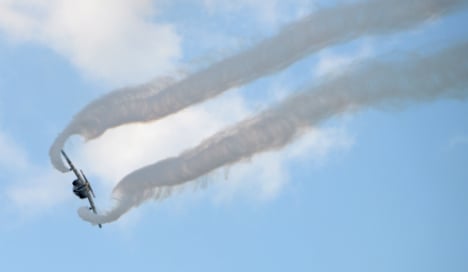 "The security and defence market remains challenging and competition is fierce," chief executive Haakan Buskhe said in a statement.

"The development of Gripen E progresses according to time plan and budget and will be delivered to Sweden, starting 2018."

Last December, when Saab secured a contract to supply the Gripen fighter jets to Brazil, its shared soared by more than 20 percent.

The group said that negotiations with Brazil continued and that "both parties' ambition is to reach an agreement in 2014".

Last year, the firm unveiled a cost-cutting plan to boost its profits.

So far, 850 staff and external consultants have been laid off, according to Saab.

In June, the group reached an agreement to buy a submarine shipyard in Sweden owned by the German group ThyssenKrupp.

The acquisition of the subsidiary, ThyssenKrupp Marine Systems, "makes Saab one of few companies in the world with the ability to develop, produce and deliver comprehensive defence solutions for air, land and sea", Buskhe said.

In 2014, Saab expects sales to remain at the same level as 2013, with an operating margin slightly superior to that of last year.

Its shares were down by 1.35 percent in the Stockholm stock exchange in early afternoon trading however, while the main index was 0.56 percent higher.