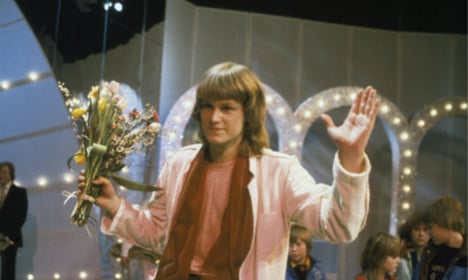 The Swedish summer is associated with many things and one of which is music. Here is a selection of Swedish songs that I’ve come to associate with hot summer days. And also one Swedish favourite that I never want to hear again, come rain or shine.

The girls may not yet have repeated the global success of I Love It but, last summer, I heard this all over Europe, from Glasgow to Rome.

Ted Gärdestad Sol, Vind Och Vatten Abba and Oasis are fans of Sweden’s very own version of David Cassidy – this slice of acoustic loveliness could not be any more sunkissed. Lorentz & Sakarias Garbo, Astrid and Taube Two summers ago, I heard this song pumping out of a huge pick-up cruising the streets of Gallivare, way up north. It still makes me think of the endless summer days of June. Lucas Nord feat Tove Lo Run On Love A year ago, Tove Lo was still nine months away from a top 10 UK hit (Stay High) and even further away from supporting Katy Perry on two legs of her world tour. Run On Love, however, is a stone-cold summer classic. Alina Devecerski Flytta på dej This sound of young Stockholm was huge two summers ago – it’s sweaty, thrilling and undeniably Swedish. The Worst Swedish summer song ever Gyllene Tider Sommartider Clearly Swedes love wafty mullets, simpering voices and cliched lyrics – why else would they vote this abomination from Gyllene Tider as their favourite summer song ever?