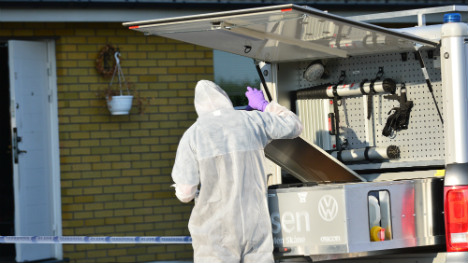 Danish officers arrested the man in Copenhagen on Sunday evening. His wife was found dead in her own home just north of Ystad, southern Sweden.

Authorities declared that an aggravated violent crime had taken place.

On Monday, police said the man was suspected of murder, adding that officers were in the process of getting the suspect extradited to Sweden.

The woman, her husband, and their teenage son had all been reported missing last week, reported the Aftonbladet newspaper, and it remains unclear how long she had been dead before a relative found her body on Saturday.

The woman had recently reported her husband for assault.

The crime scene was sealed off for a technical examination on Saturday, but this was halted after a string of shootings in nearby Malmö soon after.