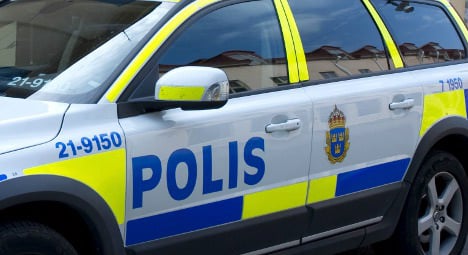 A Stockholm police car. File photo: TT
The children were reported missing at around 4pm on Saturday in the suburb of Vällingby in western Stockholm, prompting an extensive search operation.
Police focused the search on Saturday evening and through the night on buildings and roofs in the area around where they were last spotted. A helicopter and volunteers were involved in the search.
Despite the efforts, the children had not been found by 8am on Sunday and the search continued.
Police have now pooled their resources with around 80 volunteers from the organization Missing People.
"When more people start to move around the area and more eyes are on the scene, we hope that we get in more tips and leads," said Pia Glenvik at Stockholm police.
Police do not suspect that any crime has been committed.
"There's nothing to indicate a crime. But we can't rule anything out," said Pia Glenvik.
The two children are residents of Västerås and are on a visit to Stockholm during their summer holidays.