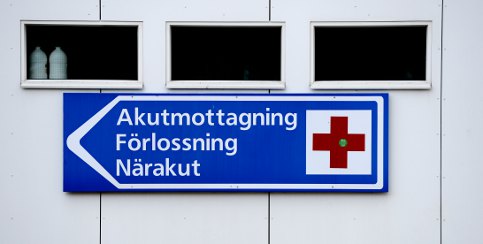 Epidurals are common procedure during births, where pain killers are injected directly into the nerve canal along the spine to instantly block pain signals to the brain.

But two containers had been switched on the morning of July 26th, and instead of pain killers, one woman in the clinic received a shot of chlorhexidine – a strong chemical used to disinfect medical catheters, medical devices which are inserted into the body.

A week after giving birth, the woman was still at the hospital writhing in pain.

"She has extreme pain in her back, and feels something like electric jolts all the way down through her feet," the woman's husband said.

"They are only aware of two similar cases in the world. In one the patient became disabled. They don't know what happened in the other."

After two weeks under observation, the woman was finally able to return home on Wednesday. The hospital had consulted a neurologist who said that the dose was so weak that the risk of lasting damage was small.

"But obviously this shouldn't happen," Rehn said. "We have removed the containers so they cannot be switched. The chemical is no longer in the birthing clinic."