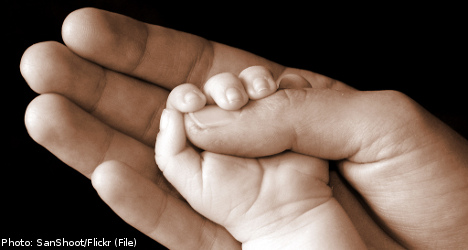 This year alone there have been 195 cases of whooping cough reported. Two infants, barely a month old, died after contracting the disease.

Both had previously been completely healthy and born full-term. In the past whooping cough claimed approximately one life every two years.

Tegnell warned that other children could die and urged parents to pay close attention if they develop early symptoms such as a mild cough or a fever.

Often children can be infected by an adult who does not know that they are carrying the infection.

"It's important to pay attention to people who have a prolonged cough and have close contact with the child, parents or siblings," said Tegnell.

The illness can be healed with antibiotics, and a vaccine can also be administered as a precaution.

Sweden's Public Health Agency (Folkhälsomyndigheten) urged parents to consult their doctor if they suspect their children has developed symptoms.