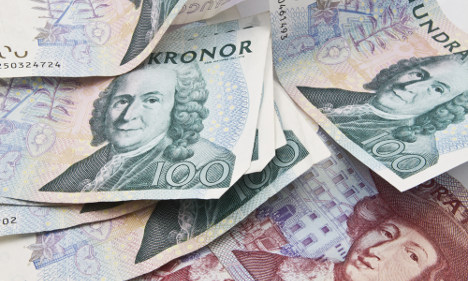 Swedish kronor. Photo: Shutterstock
On Thursday, officers revealed that they had arrested a man already known to police on suspicion of driving his car while under the influence of drugs.
They later discovered wads of cash in his vehicle.
When the suspect – who was in debt – learned that his money would be passed on to bailiffs, he became furious.
"He snatched up the money, put it in his mouth and started to eat it up," Södra Skåne Police revealed on the force's Facebook page.
The post adds that the man "frantically chewed his notes and yelled".
An older police officer who was watching then commented:
"Well that was silly, now your debt remains".
Officers then called medical staff, "because no-one knew exactly how unhealthy it was to eat bank notes," read the post.