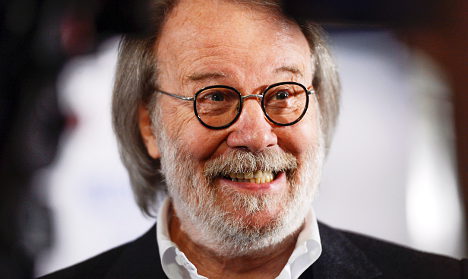 Benny Andersson was also happy here, when he received an honorary award from the government earlier this year for services to the music export industry. File photo: Per Larsson

“This is the best news I’ve heard for a long time,” the former Abba star told news agency TT.

Andersson was so enraged by the divisive redevelopment plans that he once threatened to resurrect the supergroup and write a song about Slussen, a clover-shaped junction that links the historic Gamla Stan island with the southern part of the city. The decision by the Social Democrats, Greens and Left Party to block the plan means a 20-year-old dispute looks set to rage on for some more years.

In a joint statement, the three red-green parties said none of Slussen would now be demolished, while any ongoing works – such as the laying of new cables – would only be completed if necessary for compelling reasons such as safety.

After concluding that the Slussen redevelopment would cost 1.3 billion kronor ($181 million) more than planned, the new majority in City Hall decided to slam on the brakes.