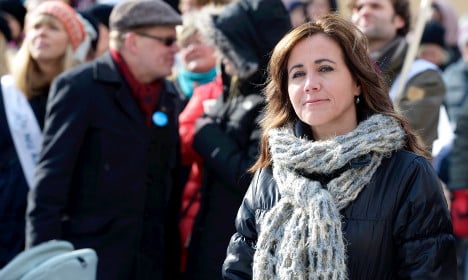 The 47-year-old politician is set to leave politics. Photo: TT
Reinfeldt, who was married to Fredrik Reinfeldt for 21 years until 2013, lost a tight inner-party voting race against Torbjörn Rosdahl on Thursday night. He won 22 of the 42 votes.
Sweden's Expressen newspaper revealed soon afterwards that she would be stepping down from politics for a career in business.
"She will be stepping down from council politics when the term is over," Gustaf Stenlund, spokesman for the Stockholm Moderates, confirmed to the TT news agency.
Reinfeldt had held the position since 2006. She has previously worked for the Moderates' Youth Wing and the think tank Timbro.