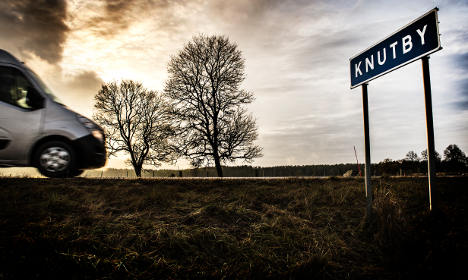 Knutby in eastern Sweden, the scene of the murder. Photo: TT
Knutby, a village near Uppsala, became notorious across Sweden when Alexandra Fossmo, wife of Helge Fossmo, a pastor in the local Pentecostal church, was found murdered in early 2004.
Fossmo was sentenced for conspiracy to commit that year, as it was revealed that he had convinced his children's nanny – who he was having an affair with at the time – to commit the crime.
Fossmo had explained to her that God had made an exception for him from the commandment forbidding adultery.
While the nanny was released from institutional psychiatric care in 2011, Fossmo has been behind bars for almost 11 years on a life sentence.
On Wednesday, the Örebro District Court ruled that Fossmo's sentence could be reduced to 24 years stating that the chances of him committing another crime were low.
He could be released as soon as 2020.
Url copied to clipboard!