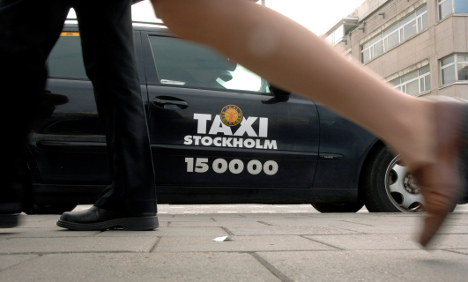 Stockholmers can let their mind wander during the taxi ride. Photo: TT
Ever found yourself talking to your taxi driver so much that it felt like a therapy session?
Well next week that feeling could become a reality as Taxi Stockholm sends three qualified therapists out with drivers around the capital.
Stockholmers can book a trip in advance and air their issues while jetting across town. And they shouldn't be afraid that drivers might share their mother complexes with the world – the cabbies have all signed non-disclosure agreements.
No trip is too short, according to Mia Fahlén, one of the psychologists involved in the project.
"We don't know exactly how long each trip will be, so we have to be flexible," she told The Local.
She believes even a ten-minute trip could be enough to point a customer in a direction that could change their lives for the better.

The therapy taxis have been on the streets since Monday morning. Photo: TT
What's more – the experience will most likely be cheaper than booking an ordinary therapy session, with Fahlén explaining that an hour-long discussion with her usually costs up to 1,200 kronor ($165).
The therapist says she signed up to the scheme to chase the "thrill of the unknown", but added that she could predict the main topic of worry from residents in the Swedish capital.
"A lot of people are lonely. There are so many single people in Stockholm," she says.
"And a lot of the people I meet from abroad tell me they're frustrated with Sweden. They say it's really hard to meet people and that even when they try, the Swedes can be very quiet."
Natalia Santos, a press officer at Taxi Stockholm, said the idea sprung from a customer survey the company recently carried out.
"Around 70 percent of people said their taxi journeys were a good time for reflection and that they often found their minds wandering," she told The Local.
"And when you think about it, the drivers can even become like therapists. So we decided to put the two together for all the Stockholmers – especially considering it's getting so cold and dark now." Who needs to use a couch when there's a taxi available? Photo: Shutterstock
Santos said the idea was probably a world first.
When asked if the move was also an advertising stunt to detract attention away from the controversial taxi-app service Uber, that has cut into the taxi market in Sweden recently, she insisted the idea had nothing to do with Taxi Stockholm's new rival.
"They're not really a threat," she said. "As long as everyone is playing by the same rules then we're happy to have the competition on the roads."
The taxi therapy trial begins on Monday November 3rd and is scheduled to run for at least a week.
By then, there might just be a few extra Swedes walking around with a brighter outlook.
"You never know, some people might have 'express problems' where the solution isn't rocket science," says therapist Fahlén. 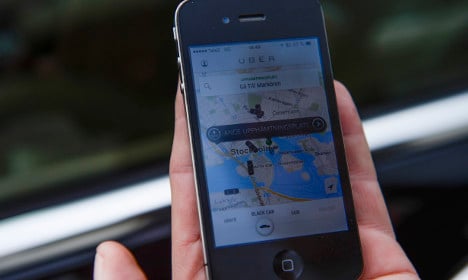