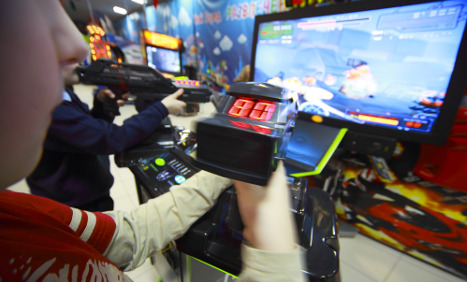 Sweden will look at gender roles in video games. Photo: TT
Avoiding sexism and gender stereotypes in video games produced in Sweden will become a key goal for the association, which has been given a 272,000 kronor  ($36,672) grant by Sweden's government-funded innovation agency, Vinnova.
Inspired by the Bechdel test, which looks at whether fictional films or books feature at least two women talking about a topic other than men, Dataspelsbranchen will work with several game developers to analyse how Swedish video games portray female characters and gender issues.
Speaking to The Local, project manager Anton Albiin said it was unclear at this stage if all games produced in Sweden would be given a label, or if companies developing games that promoted equality would be given some kind of certification to use for their own marketing purposes.
But he said he understood that either strategy would be a world first.
"I do not know of any other project in the world asking this question and of course we want Sweden to be a beacon in this area".
He said that as well as analysing the content of the games, Dataspelsbranchen would also look at the processes used by different developers to promote gender equality and diversity, with a view to "helping others to learn from their innovation".
Asked if focusing on diversity could detract from the creativity and fantasy also sought by games developers, he added:
"Of course games can be about fantasy but they can be so much more than this. They can also be a form of cultural expression – reflecting society or the society we are hoping for. Games can help us to create more diverse workplaces and can even change the way we think about things".
While Sweden champions gender equality, only 16 percent of people working in the gaming industry in Sweden are women, according to games industry trade organisation Dataspelsbranchen.
The turnover of Swedish video game developers grew by almost 80 percent last year to almost seven billion kronor ($935m), making 2013 the best year ever for Swedish video game exports.