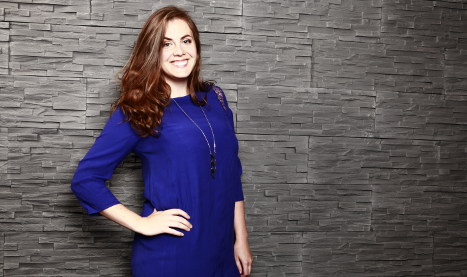 Tina Miles is half Swedish, half American. Photo: Private
Talk about an oxymoron. You can’t be an expat in your home country. Or can you?  I guess it depends how you define a home country. For the millions of us who grew up with parents from different nations or spent time living in places where we weren't born, perhaps 'home countries' is more appropriate.
I have a Swedish mother and an American father and although I like to think of myself as a somewhat special case, I guess I'm just another ‘halfbreed’ trying to figure out where I belong.
I realize the term ‘halfbreed’ may sound somewhat politically incorrect (I guess that’s the American in me) but I think it’s what we are, mutts mixed with two passports, two cultures and two lifestyles.

Tina (right) and her family growing up in the US. Photo: Private
Take my not-so-unique case for example. My mother – a beautiful Swedish woman – met my father – a hip American drummer – and fell madly in love. Fast-forward 35 years and there were two 'halfbreed' daughters who spoke fluent Swedish but preferred to converse in their native tongue ‘Swenglish’.
We grew up in the States, but in a very Swedish household. While the other kids brought their peanut butter and jelly sandwiches to school, we had meatball ones. Instead of dressing up as an elf of reindeer in the school Christmas play, I was St. Lucia.
Don’t get me wrong, the States is a fantastic place to live when it comes to cultural diversity and acceptance but as a kid you never want to be different. I wanted to go to basketball practice on Saturday mornings instead of heading off to Swedish School.
But when the time came that I could choose my own geographical location (after some soul searching living on other continents), I ended up in Stockholm, Sweden. Tina enjoys Swedish traditions like Midsummer. Photo: Private
Finally all the ‘exotic’ Swedish traditions I had grown up with were no longer strange. I could finally fit in. Well, sort of.
The problem was that instead of being 'the Swede' living in the United States, I became 'the American' living in Sweden.
There’s a cultural price you pay when you don’t grow up in the country you choose live in. I never had lördagsgodis (Saturday sweets) and Kalle Anka was never on TV on Christmas Eve.
Even my fluent Swedish wasn’t completely right. I didn't know the right curse words or the latest slang.
I didn't understand the tax system. I always said sorry to someone when I bumped into them on the street. I still do. So I guess I’m not Swedish, right?
As for making friends, I found that Swedes were always fascinated to know why an 'American' would choose to live in Sweden. Swedes are modest about their country and they don't always understand why people want to live and work here. An American speaking to an expat in the States would never ask that question.
Also, Americans love to talk about themselves. Everyone loves to tell their story. But I have found it a bit like pulling teeth trying to really get to know some of my friends friends here and I find that very strange. Swedes are more shy.
So am I an American, or am I a Swede? I’ve been asked this question a million times, but I still can’t give you a straight answer.
I'd like to hope I take the best from both worlds.