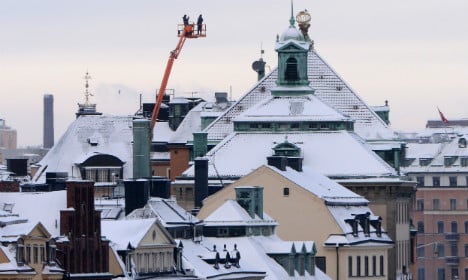 The American weather institute WSI has been analysing the climate across the Atlantic and has forecast that more rain rather than snow is on the way to Sweden next month.

"It's been unusually warm in Sweden for almost all of the year and that looks set to stay. During the second half of December it will get a bit colder but not by much," meteorologist Todd Crawford told Aftonbladet.

He added: "In general it will very cloudy weather and wet weather throughout the month. The forecast is that there will be snow in isolated places but mostly rain."

Once the Christmas period has passed, Swedes may get their snow fix in the new year with temperatures expected to drop significantly in late January and February.

"Then we will see a shift and we are very sure that it then gets really cold for the rest of the winter…it will be a shock for the Swedes after having it warm for so long," said Crawford.

Swedes who are desperate for some snow will likely find some in northern Sweden in places such as Kiruna, where temperatures often drop to as low as -40C during the long winter.