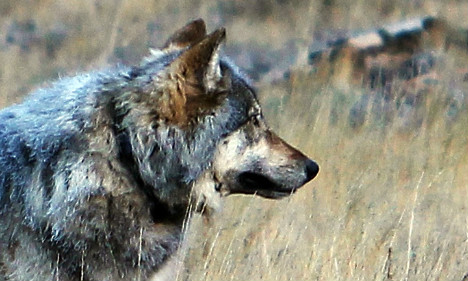 The hunt is set to be a hot topic in the media and public discourse after Värmland and Örebro cleared that way for 24 and 12 animals to be shot respectively on Friday. Dalarna is yet to make a decision and is permitted to allow for the killing of up to eight wolves.

The other five counties with (smaller) wolf populations will not be included in the hunt this winter.

There are around 370 wolves in Sweden and the minimum figure for a sustainable population has been fixed at 270.

"There is no national goal to cut the wolf population to a certain level. The goal is to maintain at least 270 individuals and to reduce the concentration in some areas. We have also made a commitment to work towards achieving the goal gradually – not all at once," said Marie Falkevik at Värmland county administrative board.

"It should be possible to carry out the hunt with public approval. It is a question of balancing different interests."

However the Swedish Society for Nature Conservation (Naturskyddsföreningen – SSNC) was quick to condemn the decisions.

"It is clear that it was highly inappropriate that the hunt decisions were moved to the county administrative boards given how strong the pressure may be locally," said SNCC lawyer Oscar Alaric in a statement.

The Swedish WWF furthermore warned of  serious inconsistencies in Swedish wildlife policy.
Friday's decision can be appealed to the Environmental Protection Agency (Naturvårdsverket), but can no longer be challenged through the courts. The agency is however likely to support the counties although the EU may also have a say in the matter.
Parties within the governing coalition are also at odds over how best to balance the various interests with regards to the wolf population.