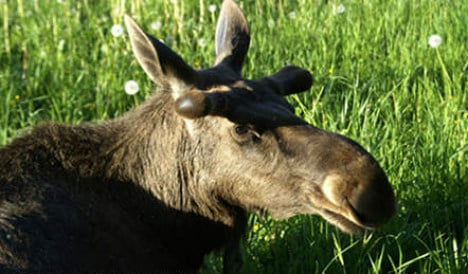 The head, which was without horns, was found in the same place as the two previous occasions, according to the local Hallandsposten daily.

"A friend and I were just heading down to the parking lot to get a few things from a workshop when we saw the elk head," said Olle Jönsson to the newspaper.

Jönsson wasn't the first to spot the severed body part and the municipality arrived shortly after to remove it.

The newspaper reported that the gruesome find has become something of a recurring phenomenon in the area.

The first incident dates back to October 2010 when a local family found a severed elk head in the middle of the parking lot. Almost a year to the day later a new find was made.

"This is exciting, but also pretty disconcerting. When I found the head I was asked if I wanted to take care of it, but I declined," said Cecilia Apelstam, who found the first elk head in 2010, to Hallandsposten.

There is little indication as to the source of the macabre finds and the newspaper speculated that perhaps the heads are a statement from a hunter dissatisfied with his haul.