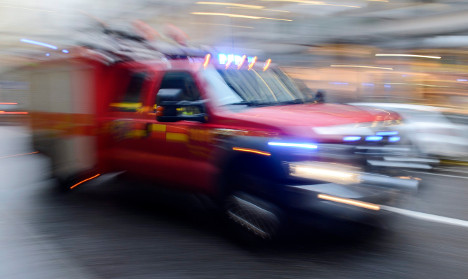 Firefighters were called to the scene. Photo: TT

Emergency services were called at around 6.30am on Tuesday, after a blaze broke out in Tallkrogen.

It is understood that the deceased person was found in a smoke-filled room.

"It has been confirmed that one person has died, but they remain unidentified at this point," Towe Hägg of the Stockholm police told the Dagens Nyheter newspaper.

Police and firefighters were still on the scene after 9am, but the fire had been extinguished.

It remains unclear how the fire started, but a forensics team was called to the scene to investigate.