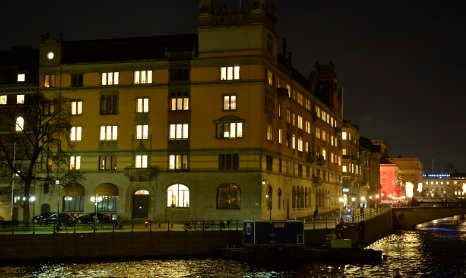 The envelope arrived at Sweden's Government Offices on Wednesday, with police called to the scene immediately.

Wendy Holm Gamrell, a press officer for the Swedish government said that it was not protocol to comment on security issues, but confirmed to the TT news agency that the Government Offices had “connected with the police and taken the necessary measures.”

Police said that the powder had been sent for analysis and that experts would report back by the end of this week or early next week.

The suspicious delivery followed a similar scare on Monday, when an envelope containing white powder was sent to the Swedish Tax Agency’s office in Malmö.

Police cordoned off large areas of the building and people who had come into contact with the envelope had to be decontaminated by specially trained staff.

Initial tests suggested the powder was not anthrax, as had first been feared. The results of further examinations had not been released by Thursday morning.