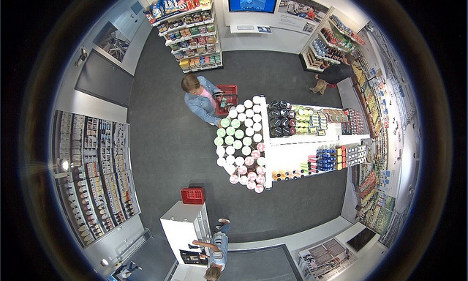 The Japanese camera and copier maker said in a statement that funds required for the purchase would reach 23.6 billion Swedish kronor, or about 333.7 billion yen ($2.8 billion).

The offer is "friendly in nature and the Board of Directors of Axis has decided to recommend Axis' shareholders to accept it", Canon said.

The company is a market leader in surveillance cameras and its video products are found in public spaces including train stations, motorways, universities, prisons, banks and shopping centres.

It currently employs more than 1600 staff in 179 countries.

Canon's offer is set to be launched as soon as Swedish financial authorities and the Stockholm stock exchange give approval, which should be by early March.

Canon said in late January that net profit grew 10.5 percent in 2014 owing to the impact of a weak yen and cost cuts as well as strong demand for its office equipment.

Japan's currency has declined sharply against the dollar recently, a plus for exporters as it inflates the value of repatriated overseas income.

Canon and domestic rivals including Sony and Olympus have seen a big drop in sales of their digital imaging products as camera-equipped smartphone sales
boom.

Despite the slowdown, Canon said it expects both sales and profit to grow in 2015.