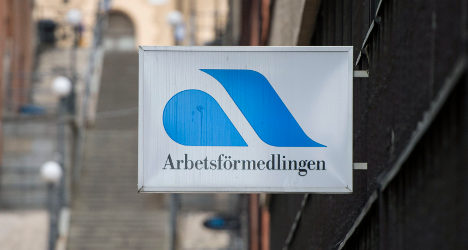 The Swedish job agency has sacked all of its immigrant resettlement assistants. Photo: Bertil Enevåg Ericson/TT

“We have received indication that there have been instances of recruitment attempts or contact-making situations related to various militant fighting groups,” the head of the agency, Mikael Sjöberg, said of the decision to immediately fire all of its resettlement assistants.

The Swedish intelligence service, Säpo, is now investigating the case, he said.

Although the agency would not name the suspected groups the agents recruited for, a source told Swedish tabloid Expressen that militant Islamist group Isis is thought to be among them.

The role of the agency’s resettlement assistants was to help newly arrived migrants find work by assisting them with, for example, the language or helping them with paperwork.

Some of the assistants are also suspected of having been involved in fraudulent activities and pressing people for bribes in order to help them.

“It’s to do with loans or gifts, like tablets, mobile phones and sometimes cash, in order to get connected to a specific assistant,” he was quoted as saying to Expressen.

Last month, the national intelligence service confirmed that at least 100 Swedes have fought alongside Islamist extremists in Iraq and Syria.